Vocal fold–impaired mobility remains to be a common disabling condition encountered in laryngology practice. It is usually secondary either to neurologic or non-neurologic etiologies with the former being more common. Non-neural etiologies include intubation-induced injury, radiation-induced injury, and inflammatory diseases of the cricoarytenoid joint. Neural etiologies include idiopathic viral neuritis, neoplastic lesions, and iatrogenic injury to the vagal or recurrent laryngeal nerve along its course in the neck and chest. Based on a study by Remacle 1996, thyroidectomy still account for up to 58% of vocal fold paralysis. A major vulnerable point to injury is the extralaryngeal splitting of the recurrent laryngeal nerve, the incidence of which varies from 0% to 88% with trifurcation being reported in 34.3% on the left and 65.7% on the right.

In cases of bilateral recurrent laryngeal nerve injury, airway symptoms often arise in addition to difficulty in swallowing and change in voice quality. Patients invariably complain of shortness of breath, decease in exercise tolerance and stridor. Though many of these patients may recover spontaneously without the need for surgical intervention during the course of a year, a good percentage may require either a tracheotomy to secure the airway or vocal fold suture lateralization as reported by Lichtenberger 1999. Invariably, a glottal widening procedure is mandated as a permanent treatment modality. This latter consists primarily of widening the posterior third of the glottis in order to secure a patent airway. To that end various types of glottal widening procedures have been described in the literature using both external and internal approaches. These include laser arytenoidectomy, laser posterior cordotomy, endoscopic laryngoplasty using microtrapdoor flap with suturing, transverse cordotomy, endoscopic medial arytenoidectomy, subtotal laser arytenoidectomy, laser posterior ventriculocordectomy, and bilateral transverse cordotomy.

All the aforementioned surgeries are performed in the operating room under general anesthesia with or without endotracheal intubation. The authors of this manuscript report laser partial arytenoidectomy as an office-based treatment modality in a patient with bilateral vocal fold paralysis. 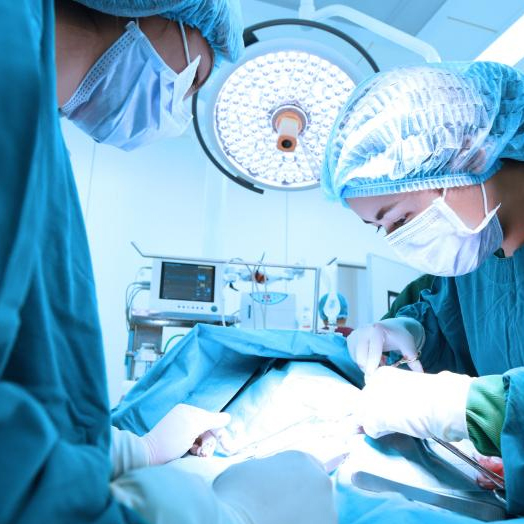