The skull base is composed of a few bones that structure the lower part of the head and the hard edge behind the eyes and nose. Various sorts of tumours can form around here. They cause symptoms when they grow quite big to put pressure on the brain. Treating skull base tumours is complex since they can develop deep inside the skull and near the critical nerves and veins in the head, neck and spinal cord. Skull base cancers frequently develop inside the skull yet sometimes form on the outside. The tumour may start in the base of the skull as a primary tumour or may spread there from a malignancy somewhere else in the body as a metastatic brain tumour.

In the front segment of the skull base, which contains the eyes and sinuses, these tumours are probable:

The tumours more likely in the central compartment of the skull base are:

At the back compartment of the skull base, the following tumours may be found:

There are no causes really known for skull base cancers, but the following conditions may cause cancer:

The following symptoms are common in these cases: 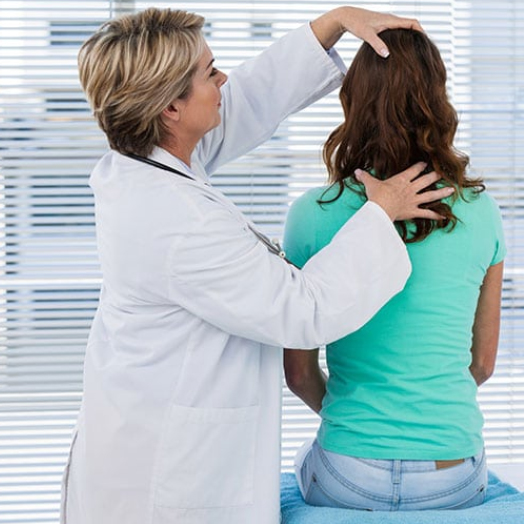 The treatment for skull base cancer may include a combination of surgery, radiation therapy, chemotherapy and observation depending upon the location of cancer and the patient’s general health and age.

We specialise in treating such cases with an Endoscopic approach. Giving the patient a faster recovery and better clearance

Such surgeries are my forte and of my keen interest.